You need adequate swimming skills and need to be in good physical health. No prior experience required.

Light Up The Night

The MDA 5-Star Club is for divers seeking adventure!  It includes discounts at all MDA locations, preferred rates on rentals and air fills, special club rates on diving and discounts at our sponsor businesses all over Guam.

Called “The Jewel of Micronesia” and “Island of the Sleeping Lady”, Kosrae is an island of rugged green peaks, pristine coral reefs and mysterious, ancient jungle ruins. Located approximately 370 miles north of the equator and just as far from its nearest island neighbor, Kosrae is the most isolated and untouched of all the islands in Micronesia.  A view of the island from sea resembles the profile of a reclining female body, giving the island its “Sleeping Lady” nickname.

Kosrae’s history includes ancient civilizations, World War 2 sites, and… pirates! Not much is left of the wooden structure, but you can still dive the wreck site and see evidence of the pirate ship Lenora, once captained by the notorious pirate, Bully Hayes. The Lenora was sunk during a typhoon in 1874. 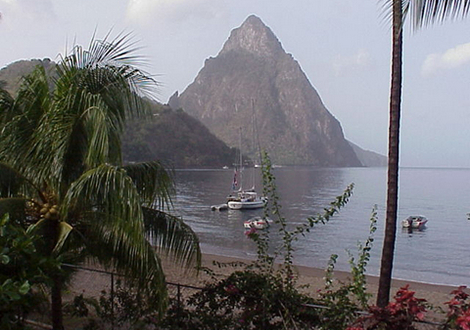 HOW TO GET THERE

United Airlines flies to & from Kosrae twice a week.

Kosrae’s reefs are pristine, and kept that way with an extensive system of mooring buoys. Diving and fishing boats alike use these to avoid dropping anchor and risking injury to the islands untouched reef.

The ancient sites of Lelu and Menke ruins are definitely worth a day of exploring. The large stone structures, canals and ancient walkways built with giant hexagonal basalt pillars once housed a royal civilization but are now hidden by jungle. Book a guided tour for help finding them.

Culture & Local Customs – Sunday is day of rest. Almost all stores and shops will be closed (your resort and its restaurant will remain open). The ocean is considered to be related to work, therefore diving and other ocean-going activities will not be available, but it’s a great day to do some exploring on land. It is illegal to consume alcohol on Sunday between 12am-12pm.

Attire – Casual summer clothing. Swimsuits and shorts are not acceptable in the villages, Attire that goes to the knees and covers the shoulders is best. Swimwear is acceptable on the dive boat.

If you’re traveling between Guam and Hawaii, why not take the “island hopper”? This flight stops in Chuuk, Pohnpei & Kosrae and any of these islands can be planned as an extended stopover.

When to travel – Kosrae is a great year-round travel destination with no strong storm season to avoid. Dry season is May to October, rainy season from November to April. Pack a light rain jacket to be prepared for passing showers.

There are currently no permits required to dive in Kosrae.

Some land tours require a permit or small payment to access private land. These tend to range from about $3-$10 per person. Carry a small amount of cash to cover land fees while exploring.