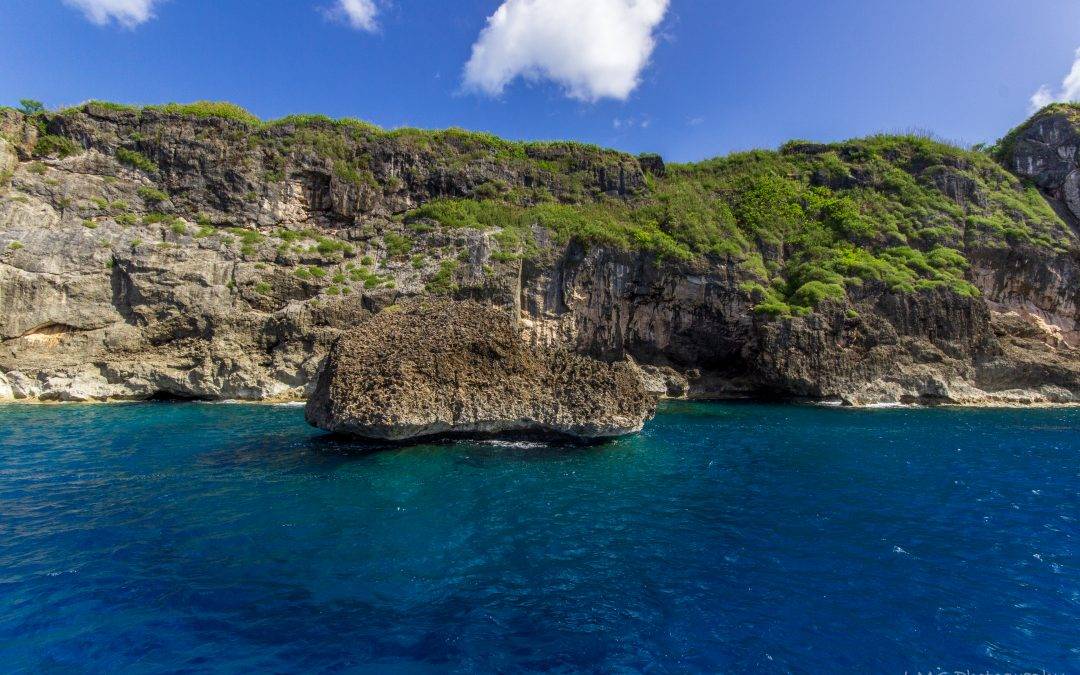 Barracuda Rock is known for its great visibility and an occasional shark or two, but not barracuda. This site was named for a school of barracuda that used to be in the area in the early 1980’s. Odds are you will see several Turtles, Sharks and maybe even a Marble Ray, before you see a Barracuda.

To the north of the rock is a small cave suitable for snorkeling which extends into the cliffline about 35 feet. If you see the waves crashing against  the cliff it is not safe to enter.

On the east side of the rock is a short tunnel that is populated by large schools of fish. You can swim through the tunnel to get to the other side of the rock. From there, either head to the cave or away from the cliffline into the sand flats, which have interesting rock outcrops full of schooling fish and invertebrates. If conditions are right, you can drift all the way to Blue Hole. 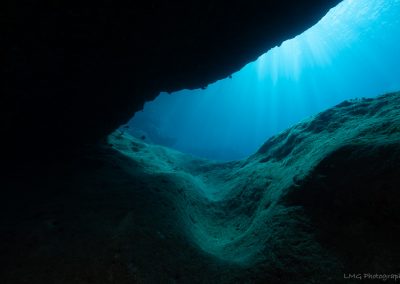 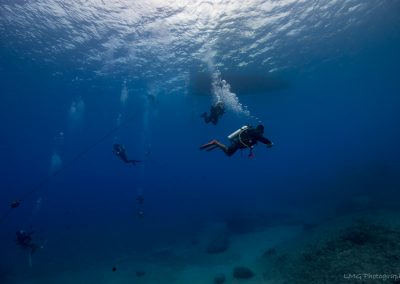 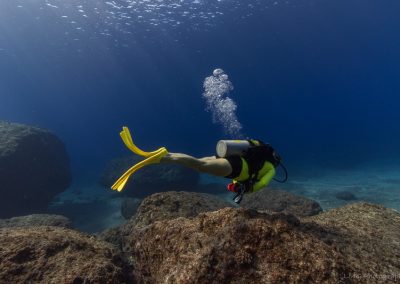 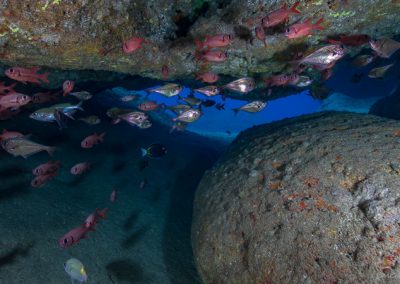 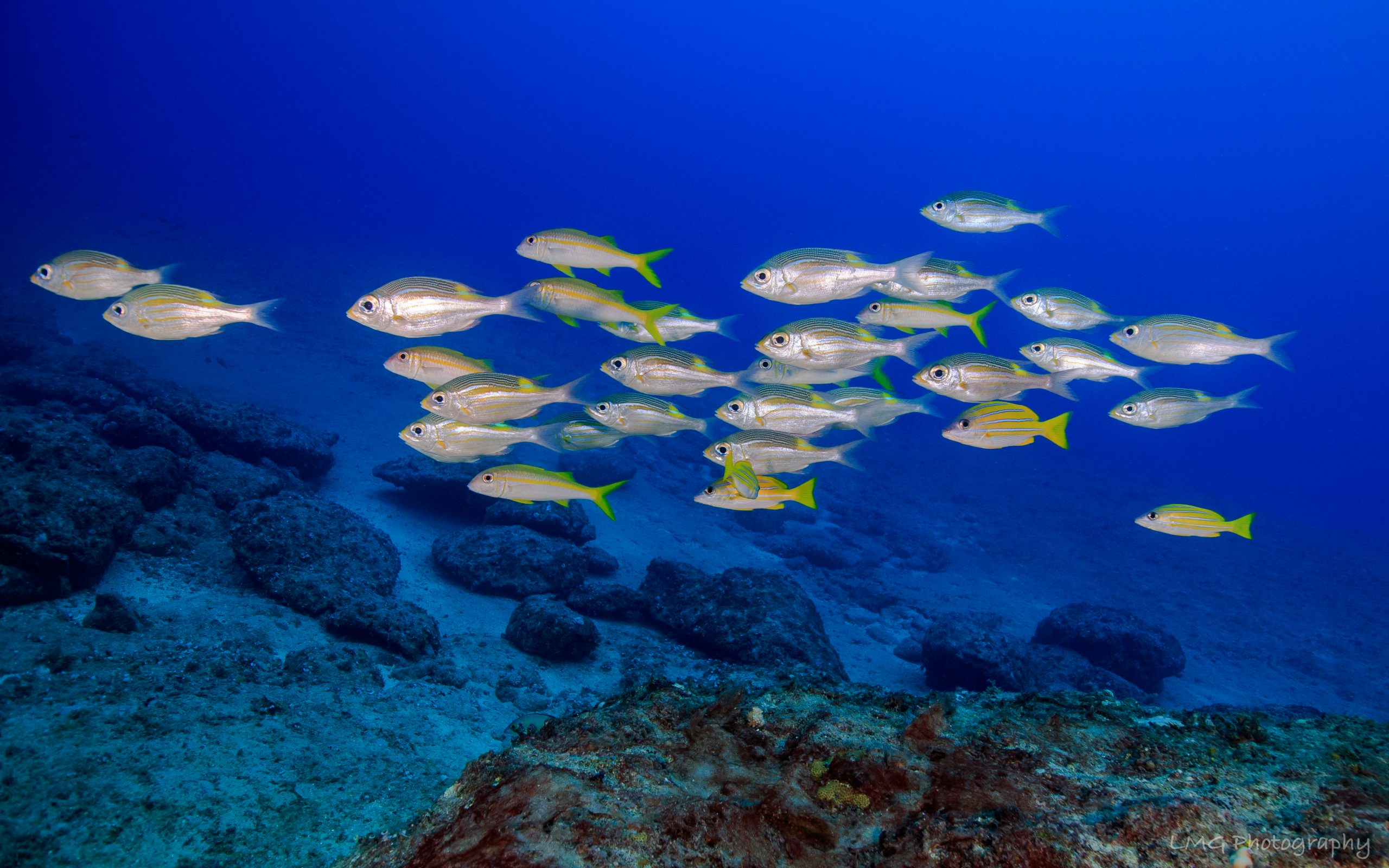